A few weeks ago, I was preparing for my camping trip to Prince Edward Island, going in and out of the house carrying various gear and accoutrements.  All at once, I noticed the sliding door seemed to be stuck.  I looked down to see what was obstructing it, and was surprised to see a small brown bat stuck in the track.  The poor little thing!

I freed it from the door, but it was laying in the track, trembling and baring its tiny fangs at me.  Who could blame it?

I felt just terrible. I scrambled to find a cardboard box to scoop it up in.  As far as I could tell, its body and wings were fine, but it looked like I might’ve run over its tail with the door. 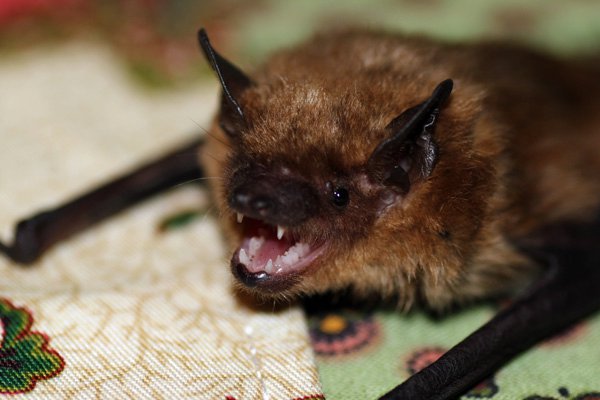 There are two kinds of bats in Massachusetts, little brown bats and big brown bats. Little brown bat populations have plummeted by 90% in some areas due to white nose syndrome.

Once I had the bat in the box, I ran to my computer to find the number for a wildlife rehabilitator.  I admit, for the last several years I have had the list of Massachusetts rehabilitators bookmarked on my browser in case I ever needed it, and because of a general interest in wildlife rehabilitation.  I had often thought of contacting one of the rehabilitators to see about volunteering, but you know how it goes.  Life is always busy and things get put off.

I called Loril Moondream at Medicine Mammals, a rehab facility about 20 minutes from my house, in Wendell, MA.  Fortunately, she agreed to help, and I sailed over with my little bat friend and guiltily handed him over.

When I returned from PEI, I called Medicine Mammals to check on him. “I just released him yesterday,” Loril said.  I breathed a huge sigh of relief. Bats will return to their colony as long as they are released within 50 miles.  My little bat friend was no doubt back in his own turf and hopefully doing just fine.

While I was on the phone with Loril, I asked if I might be able to volunteer there.  “We can always use volunteers!” she said emphatically.

And so, my story has a happy ending both for myself and for the bat.  I have been going to Medicine Mammals once a week to help take care of the animals, and I can hardly wait to see them each time. Currently, there are 10 baby raccoons, 4 baby skunks, 1 baby possum, 3 adult raccoons, 2 porcupines, and a young fox.  And I am completely in love with all of them! 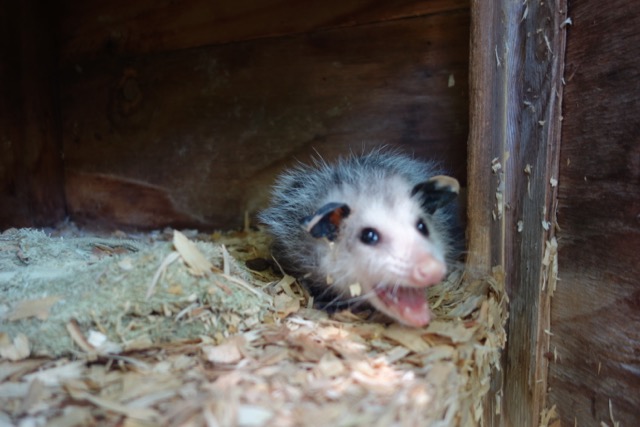 To be clear, I understand that these are wild animals and not pets. Baby animals do need love and handling, but these guys are mostly beyond that phase.  I mostly just do what needs doing and let them be, aside from ogling them and talking to them in my ridiculous voice that is reserved especially for cute animals. 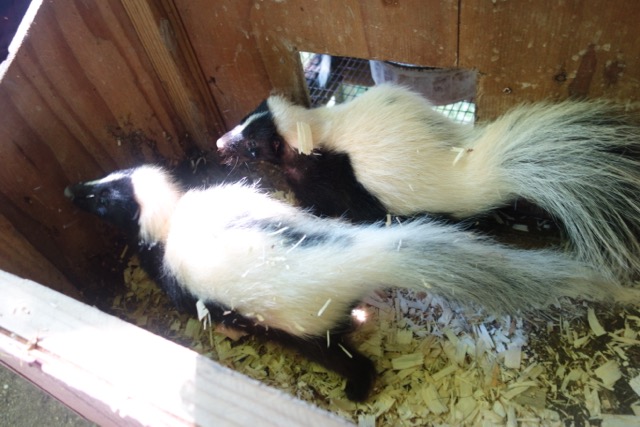 The skunks have grown a lot just in the last few weeks. Fortunately, they don’t spray the hand that feeds them!

The fox is one animal that still likes attention.  I love seeing him excitedly bounce around his enclosure before sliding in to have his belly rubbed.  He likes to take my hand in his mouth and play-chew it – not hard, just the way a puppy would.  Needless to say, those moments are magical.  Last week, I even brought him a mouse that my cat, Buster had caught and left by the door.  I dutifully saved the mouse in a ziploc bag in my refrigerator (I know!  Ew, right?) until it was time to go over to see the animals.  Mr. Fox snapped that mouse right up!

One of the adult raccoons also needs a little extra care.  Mealtime for her requires hand-feeding on my lap, after which she curls up in my arms for a snooze.  I absolutely adore seeing her little face snapping up the food as I hand it to her, and feeling her hefty weight against me.  As you can imagine, it can be hard to tear myself away!

I can see that I am going to learn a lot at Medicine Mammals. In fact, I already have in the few short weeks that I have been there. Not only that, but I think that my experiences there are going to feed some deeper part of me.  Maybe, on some level, the bat and I were rescuing each other. 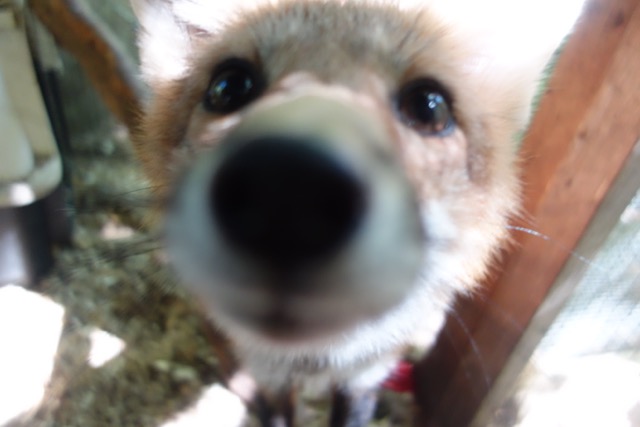 Daryl, the fox, one second before he tried to eat my camera. With a face like that, who could mind?