I don’t want summer to ever end.  I’ve been saying that repeatedly since mid-July, and now that   September is upon us, I feel that I’m holding on to the last bit of summer with the fierce neediness of a child who refuses to let go of her security blanket.  Yet, as the nights get cooler and the barest traces of color begin to tinge the trees, my grip is slowly lessening.  Eventually, I will have no choice but to let go, just as the leaves must, following their destiny as they whisper gently to the ground and settle in for the long winter ahead.

In fact, letting go is something I’ve been practicing all summer, albeit not entirely successfully.  As some of you know, I’ve been struggling to overcome Lyme disease for a few months. I was diagnosed in mid-July (after being sick for the better part of 2 months), and after a few weeks of seemingly unsuccessful antibiotic treatment, it seems like I’m stuck with it (although I’m still actively seeking medical treatment).

I won’t go into too much detail about the Lyme other than to say that it has been eye-opening and challenging; eye-opening because of what I’ve learned and what I can now understand about others who have struggled through the same thing, and challenging because of the extended physical strain it has put on me.  The way I can best describe it is that I’ve been operating at 50% capacity (with the added inconvenience of joint pain).  In essence, I can only do half of what I normally do.  As a result, I have to be very deliberate when deciding which half I will do.  The rest I need to let go.  If I don’t let go, I suffer.

As a normally active person, it’s tough to not be able to do everything I want to do, but on good days, I’m able to see this as a gift.  It puts things in perspective.  While I normally get a bit obsessive about keeping up with the yard, garden, and house, I’ve realized that it’s not THAT important.  On bad days, I feel alone and overwhelmed and I just want to cry, but fortunately that doesn’t happen too, too often.  Luckily, I’m usually able to hold on, knowing that I will get better eventually.

My struggle with Lyme disease has definitely made me aware of others who deal with long term illness, and just how isolating it can be.  Personally, I know that I’ve been very lucky to have Rob, whose consistent support and empathy have pretty much kept me from going out of my mind.

Right now we are camping in Maine for a few days, relaxing along the shore after a brief but exhausting work trip.  The breeze is blowing in from across the water, briny and damp, as the sun warms the rocks and stones that line the shore. In some way, it feels like the first time I’ve truly been able to relax and let go in the last few months.  It also seems like the perfect way to wrap up the summer and say, “Here’s to letting go.” 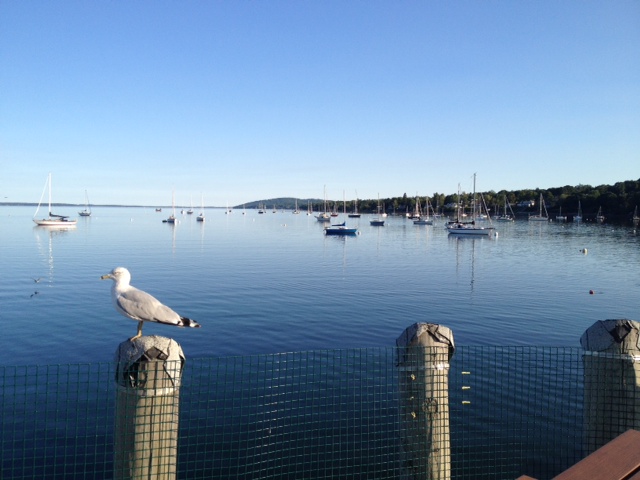 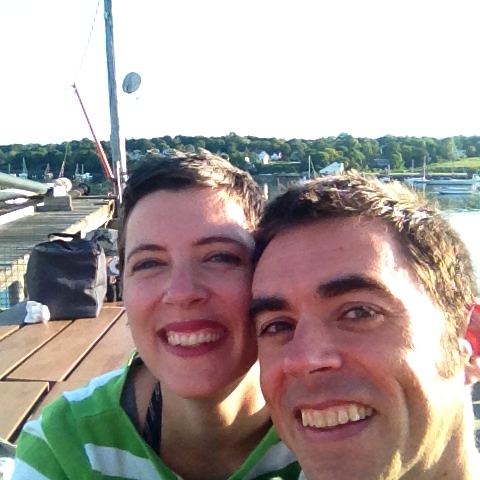 One thought on “Holding On and Letting Go”